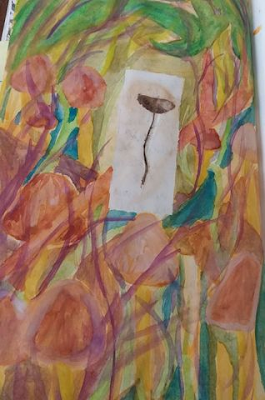 THE HOLE was so small as to be invisible if you were not looking for it.

D was. Saying that an insect had bored inside and laid its eggs, D added that the small “patola (sponge gourd)” would be, if it was not yet, an after-birth larder for larvae. Yet, he brushed off my suggestion to discard the infested fruit before it contaminated the rest.

“Kapwa ‘yan (that’s another one),” D said and continued to slip clear plastic bags over unblemished patola hanging from the trellis in our street garden.

I’ve had nearly a year to work out D’s gardening advice. In English, “kapwa” literally translates into the “others,” a collective address for those who are separate and different from the speaker.

Applying sikolohiyang Pilipino, which is rooted in our beliefs and experiences, “kapwa” surely means for D his fellows, who, as someone hired for chores around our village, he is never short of.

Nearly seven years ago, D, striding to work, reminded me of a black long-legged spider, more object of horror and fascination than a neighbor. Then when Manila went into community lockdown in March 2020, the husband and I fell in with other families to plant vegetables in front of an unused lot, which still had a covering of Taal ashfall, now beneficial after the sulfur dissipated.

D prepared the ground. At first, each household, careful not to mingle, separately transferred seeds or seedlings helter-skelter. Of our confused concepts of urban gardening, D made order out of disorder.

Once, after observing him replant tomato seedlings in threes with a kitchen knife whetted to a thin point, I asked him if it was not better to space each “punla (seedling)” apart from the rest.

“Mahirap ang solo,” D argued, his standard reply when anyone offered to hire him alone for a chore. Our neighbor’s preference for the collective rather than the individual was strange as gardening harbors for me solitary pleasures like reading or writing.

When D’s workmate returned to the province, D passed on trimming our bamboo and kamuning borders. We offered to pay him the usual fee their tandem collected and he could take as long as he needed to finish the work.

D would not go “soltero (single);” he was not keen at all to take home twice what he could earn because his partner might think he had put one over him: “sinosolo”.

A tricycle driver, DD became D’s workmate when public transportation was prohibited under community quarantine. Now that tricycles are again allowed, carrying first one passenger then three, DD splits his earnings with D. What D earns from hauling earth and detritus in his “kulong-kulong (motorbike with sidecar),” he splits with DD.