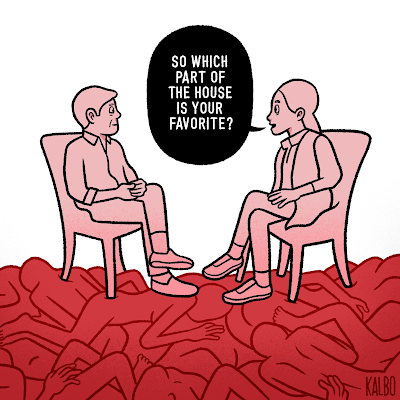 TO gaslight is to manipulate a person into questioning his or her sanity. This form of emotional abuse was first depicted in the 1944 movie “Gaslight,” featuring Charles Boyer as a husband plotting to drive his wife, played by Ingrid Bergman, to insanity.

Based on the play by Patrick Hamilton, Boyer’s character switches on the attic lights, making the gaslights flicker. The husband convinces the wife that she has imagined the spectacle.

False narratives shift the ground of reality to make a victim cling as to a lifesaver the false reality created by his or her abuser. In Mike de Leon’s 1981 film, “Kisapmata,” mother and daughter swill the dark to bare their hearts in a house where both women are imprisoned by the retired police officer Diosdado “Dadong” Carandang.

Dely, played by Charito Solis, knows their daughter Mila (Charo Santos) is pregnant with Dadong’s child. Incest and rape are impossible to prevent, the viewer gleans from Dely’s testimony that before Mila was born, she fled Dadong, only to return because no one helped her. Resistance is futile for Dely, who conspires with Dadong to keep Mila from leaving home with husband Noel Manalansan (Jay Ilagan).

In this odious tête-à-tête where light is broken to pale shards by the overriding darkness, Mila blurts out that she did not invite Dadong’s attention, immediately establishing that these two are not mother and daughter but rivals and antagonists.

Mila escapes to religion, going down on her knees the morning after she is raped by her father to pray to a vengeful God to rescue and free her, a divine champion whose wrath will open the eyes of the blind, unplug the ears of the deaf.

What is ultimately unbearable in “Kisapmata” is not Dadong, the fiend with a fetish for guns and his own flesh. What chills is the gaslighting.

As pupils well-schooled in their trauma, the women do not blink in sacrificing all to secure their own survival. Dely will feed Mila again and again to the monster who begat her. Mila will not show her diary and at least gird with the truth her poor naïve husband, who thinks he is only up against an overprotective “Tatang”.

Gaslighting bends and twists logic. Why does a woman escape and then return to give birth in the lair of a beast?

Why do Filipinos dehumanized by a family that has plundered, raped, and murdered for years bring the Marcoses back to power? Why do we breed in fake histories and varnished pasts the monsters that will devour our children again and again?

In the darkness of the Carandang prison, Mila cries out: “Ba’t ganito tayo? Nagsamasama dahil sa takot?” If we cast our future in lies and nightmares, we are truly insane.

Source of image: “Elephant in the room” by Tarantadong Kalbo

Posted by Mayette Q. Tabada at 1:22 PM No comments: 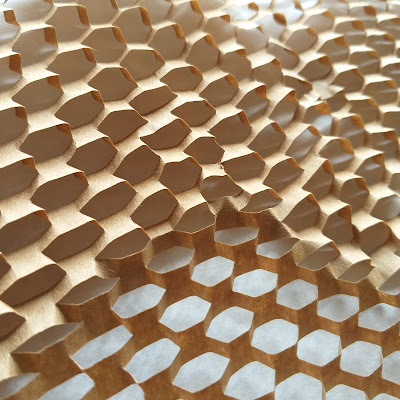 DON’T judge the book by its packaging. Yet, for the first time in five decades, I hesitated to unwrap a book, so enamored was I with the brown kraft paper wrapped around it like a drape of seaweed.

I used to believe one discovered a book by happenstance: the stars aligned; actual bills, not receipts, fattened my wallet; and The Book was waiting in the darkest corner of a bargain bin on the incredibly roach-poo-festooned floor of the last independently owned bookstore staying open in a city that placed a premium on cell phone accessories and Mega Lotto bets.

Then I relocated and found serendipity elusive in a metro that still seems, after nine years, like a very good imitation of the Cretan Labyrinth that was so cunning, its creator Daedalus barely escaped after finishing its construction.

In no time, I dug two holes from online book buying.

“Tsundoku” must be familiar to persons whose books pile up on shelves or have turned into quasi-shelves from remaining unread.

The word combines “tsun” from “tsumu (to pile up)” and “doku (reading)”. The first syllable has an accusatory clangor, followed by the next syllables onomatopoeically mimicking the drooping and dropping of one’s head, felled by guilt and remorse.

Does tsundoku offer repentance or reform?  I donate to school or public libraries, as well as give away books to students, friends or colleagues.

A sign that we are learning to live amidst the pandemic is the revival in some malls of the reading nooks that invite barter.  For, really, how many books are considered as too many?

The other consequence of online book buying is not rhetorical but ecological: does bubble wrap have a second life?

Like a two-headed ogre, I am crestfallen when a book is shipped in a shocking state of undress (clingwrapped as if it were a lunatic or swimming for life in a pouch with other survivors with maimed covers or dented spines) but also flustered by the non-biodegradable material used as protective sheaths or space fillers.

Recently, a bookseller’s honeycomb-like green wrapper was so pretty, it made me flirt with the idea of ordering again.

What stopped me was not a head blow from the guardians of tsundoku but simple math. Six layers of packaging brought the new expanded edition of “The Essential Rumi” into my hands: the shipper’s pouch held a layer of bubblewrap protecting the corrugated cardboard sheets encasing the kraft-paper-and-cellophane “green wrap” sheathing the clingwrapped copy of Rumi’s poems.

Plastic is the Minotaur of modern consumption, a labyrinth that brings to mind the Sufi mystic’s words on words: “I used to want buyers for my words./ Now I wish someone would buy me away from words.”

Posted by Mayette Q. Tabada at 9:16 PM No comments: 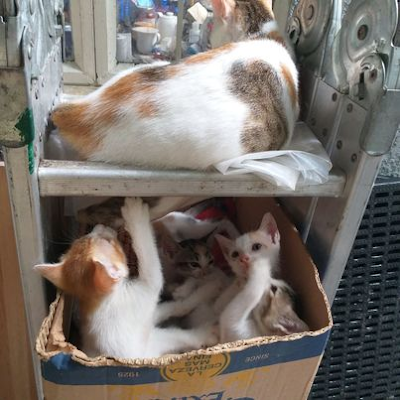 WHEN ants are on the move, pay attention.

Days of incessant rain made me see my neighbors, the anthill, in a new light.

I used to think summer requires that I scour the ground with my sight before setting foot in the garden. Silang in Cavite is blessed with rich, dark soil and lush water, the inspiration perhaps in the naming of many of its 64 barangays: Anahaw, Balite, Banaba, Biga, Ipil, Narra, Langka, Munting Ilog, Puting Kahoy, and Yakal, to name a few.

Where flora thrives, the insect world is not far behind. Silang is home to many creatures other than land developers with a penchant for Italian names and homeowners leery of Metro Manila smog and crime.

I realized this during the first summer when indescribable pain shot up my legs after standing too close to a trail of ants. Hopping in pain, I landed on a nearby spot and, hopping, howled again.

Our garden is plotted on a superhighway grid in heavy use during summer for ant traffic in food.

Weather is no determinant, though, for ant aggression. I corrected myself after a typhoon recently swept over our place.

When the rains fell for hours and then days, the ants were again on the move. When the wind shook the sodden bamboo, it pelted angry ants. When the rains puddled on the ground, the ground crawled with seething ants.

Pain from a creature so small, it reaches sensitive and hard-to-reach body parts in the blink of an eye, comes for the outsider of the anthill or the colony. Home is the barb of the sting.

Home is not always warmth, refuge, shelter. Home is contested ground. At some homes, predators do not lurk under the bed or haunt dreams. They walk among their victims.

Last Sept. 3, four puppies were found lined up in a grassy lot in Barangay San Miguel in Samal (Igacos). Aged about two to three months, the puppies were beheaded.

SunStar Davao reported that barangay officials and a resident offered reward money for those providing leads to enable the authorities to apprehend the perpetrator. Bantay Hayop Davao called the malefactor “worse than an animal”.

Does evil have gradations? If so, worse than the creature that killed the puppies is the puppies’ owner, who, despite denying any involvement with the beheading, “ordered the puppies to be thrown as they were infested with lice,” reported SunStar Davao.

Section 6 of Republic Act No. 8485, also known as The Animal Welfare Act of 1998, prohibits and punishes cruelty to or neglect of all animals.

Many people open their homes to rescue and adopt homeless asong Pinoy (aspin) and pusang Pinoy (puspin). The San Miguel crime changes everything.

For outsiders, home is the barb of the sting.

Posted by Mayette Q. Tabada at 6:50 PM No comments: