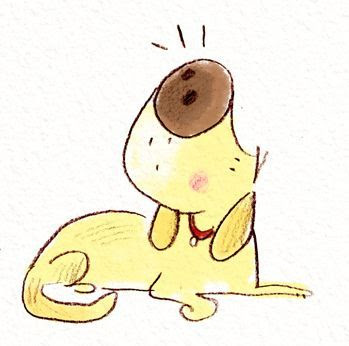 LIVE by your nose.

I spend a lot of time at home with the K-pups (once four, now three “kinit-an (abandoned)” Aspin puppies since Trail passed away last June) under community quarantine. I have tried, but not very hard, to discipline them.

They, though, have convinced me to explore more with my nose. The munificence of their wisdom, specially under current circumstances so effective at quelling the sense of expectation, rushed in when I picked recently lemoncito fruits.

Six years ago, when the husband and I moved in, I threw on the hard, rock-strewn soil all the seeds and peelings from the kitchen. When the first shoots appeared, our city-bound selves wondered: which of those seeds are these?

Year after year, the four clusters shooted up like sentinels. Except for long thorns encircling the trunk, these bushes did not put forth anything until, for the first time, the topmost branches drooped from the weight of fruits.

The orbs dangled above for days until they flushed yellow. While I snipped the fruits by the stem, the K-pups sniffed at the ripe globes rolling on the ground. Lemoncito, they decided, is uninteresting. I, on the other hand, cannot get over smelling my hands from the oil that oozes from and coats the fruits.

Six fruits or more I squeeze for a refreshing drink. Just one fruit releases a stream of olfactory notes, segues, echoes lapping at the edge of memory. The nose knows.

Perhaps walking and staying upright makes us rely less on our noses. We wait for an odor to creep on us, seduce or assault, pique or assail. If we had our noses closer to the ground, would we, like dogs and cats, follow our noses?

During a first visit to the vet, we made three separate trips, taking first Rem, then Noki, and finally Play. Though the three dogs all lack exposure to the world beyond our home, they had different reactions.

Rem shivered while inside the clinic. Noki defecated and urinated. Play dribbled urine. All three did not react at all to the injections. The only other dogs in the clinic that day were having a trim and shampoo, composed like matrons relaxing under the pampering.

Nothing to fear, an assistant reassured Noki while inserting a thermometer in her anus.

Snuffling at the air, I rubbed and soothed Noki’s haunch, unable to smell but imagining what the K-pups were sensitive to: the narratives of smells lingering from countless dogs and cats going through confusion, disorientation, anxiety, fear, pain during their visits. Plus some matronly fussing.

You should never lie to children or to animals. You can’t.

Making noisy breathing sounds, I rubbed noses with the K-pups afterwards. You bet the nose knows.


Nose up. Source of image: Fred Blunt from Flickr.com